Signed and titled on verso

Among America’s leading abstract artists, Dan Christensen was devoted over the course of forty years to exploring the limits, range, and possibilities of paint and pictorial form.  Although his art belongs within the category defined by the influential art critic Clement Greenberg as Color Field or Post-Painterly Abstraction, he both carried on the legacy of this approach while stepping outside of it, through drawing from a wide variety of Modernist sources, using many idiosyncratic techniques, and employing methods more commonly associated with the action painting techniques of Abstract Expressionism.  The result is a distinctive body of artwork that is original, surprising, and filled with joy, exuberance, and pleasure in the act of painting.

Born in Cozad, Nebraska, in 1942, the son of a farmer and truck driver, Dan Christensen chose to become an artist when, as a teenager, he saw the work of Jackson Pollock on a trip to Denver.  After receiving his B.F.A. from the Kansas City Art Institute, Missouri, in 1964, he moved to New York City.  His “spray loop” paintings, produced by using a spray paint gun, were a fascinating embodiment of the reductive abstract tendencies in 1960s American art, and of the interest of the time in innovative applications of new techniques.  With their powerful ribbon-like configurations, and shimmering allover surface effects, these works won the attention of Greenberg, who became an enthusiastic supporter of Christensen’s art. Dan Christensen had his first solo exhibition in New York in 1967. Two years later he was given his first one-person show at the Andre Emmerich Gallery, joining this important showcase for color-field painting, where works by artists such as Kenneth Noland, Jules Olitski, and Helen Frankenthaler were also shown. Christensen soon started to be invited to participate in major museum shows, including the Whitney Annuals in New York and the Corcoran Gallery’s Biennials, in Washington, D.C.  From the 1970s until his death in 2007, Dan Christensen was unrelenting in his exploration of new techniques as well as in his return in new ways to treat forms that had held his attention in the past.

Dan Christensen, began visiting eastern Long Island in the 1960s, lived as an artist in East Hampton until his death in 2007 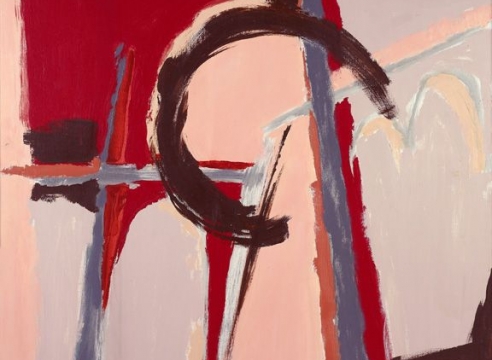 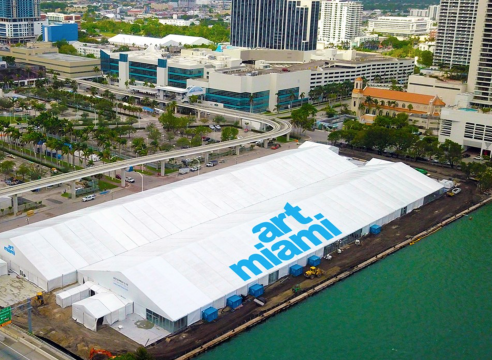