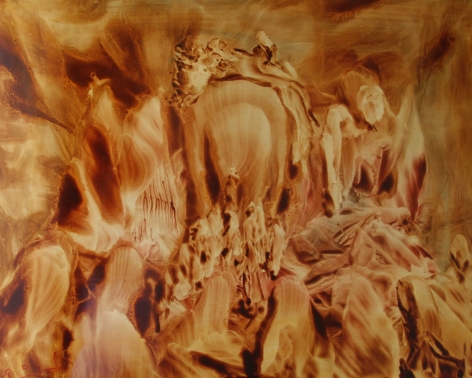 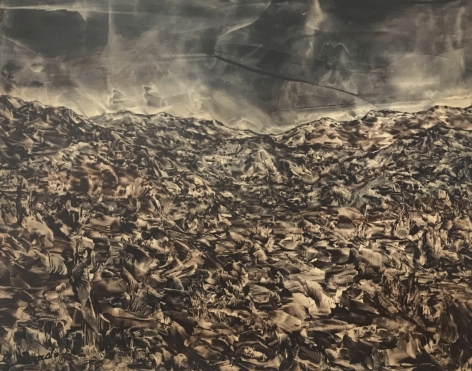 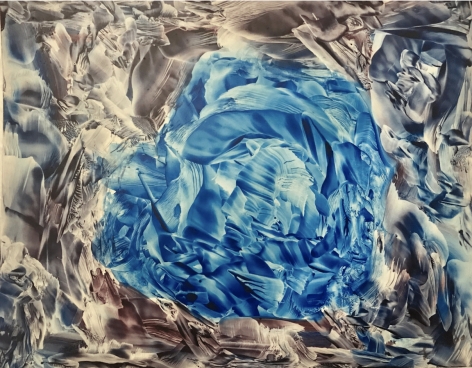 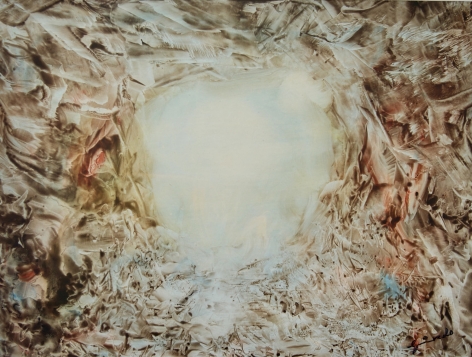 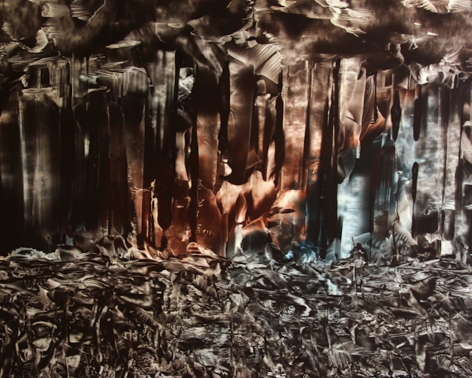 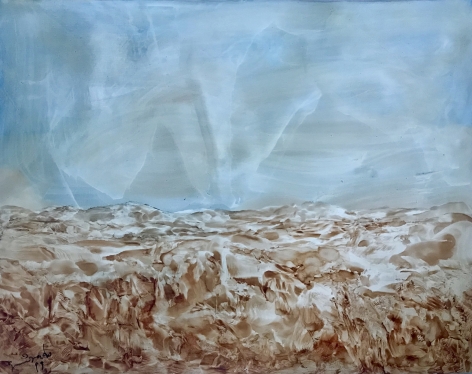 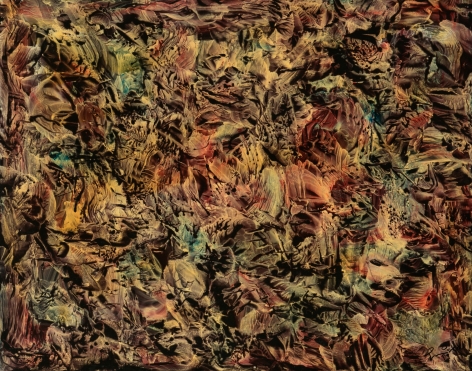 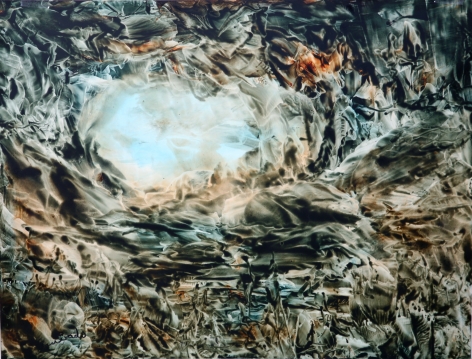 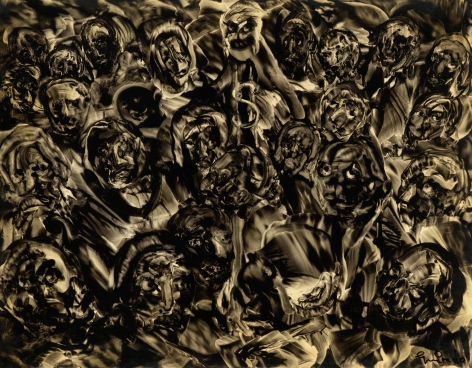 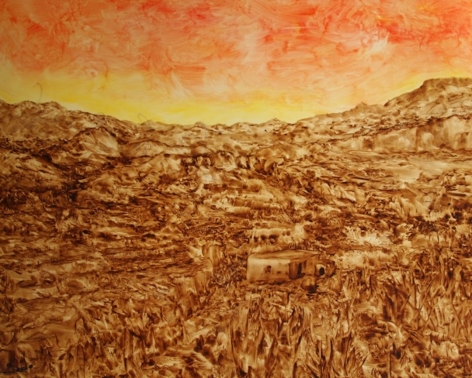 Sunset over the Farmhouse, 2000 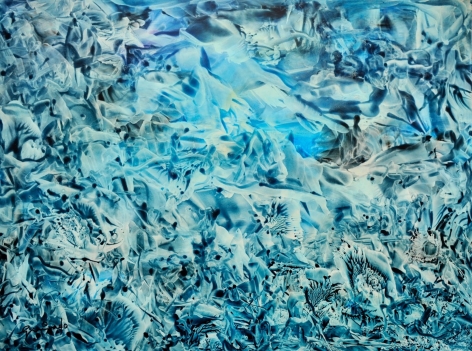 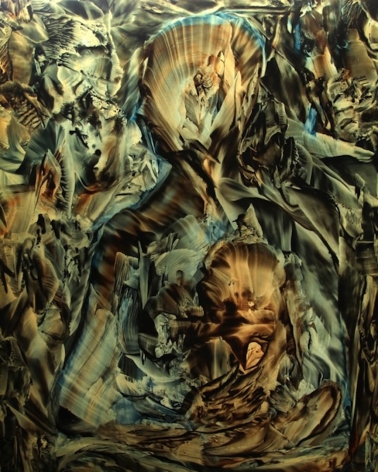 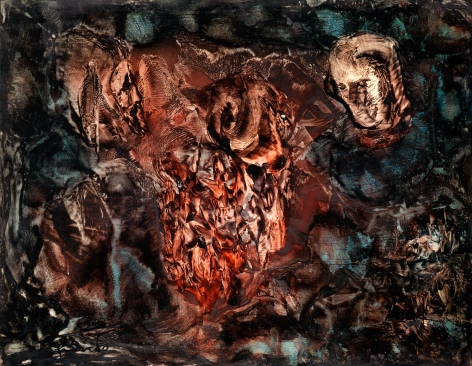 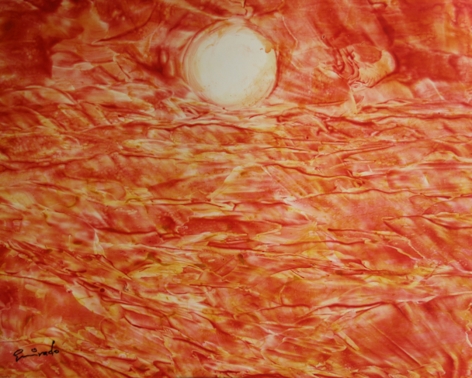 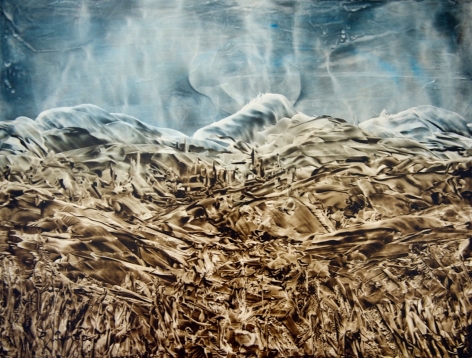 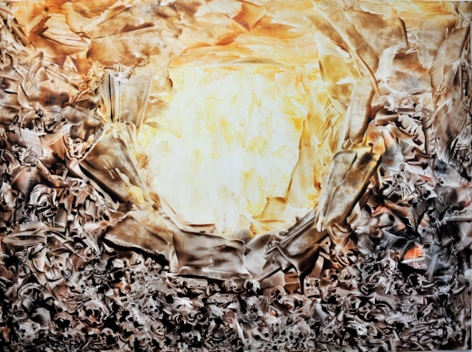 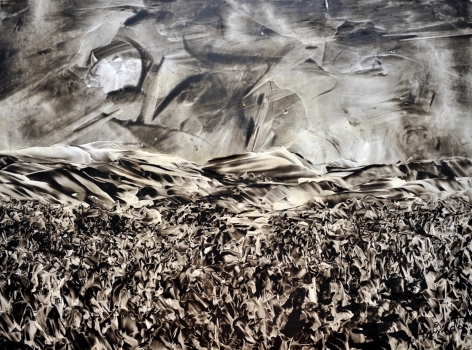 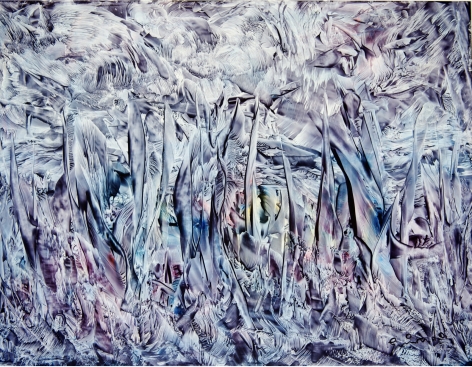 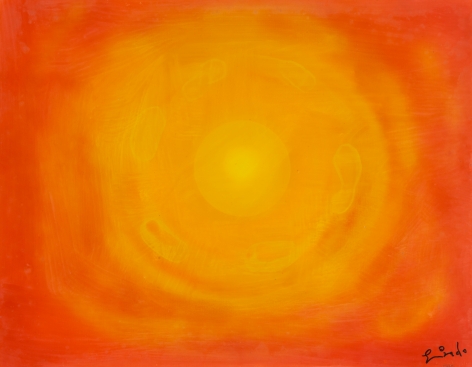 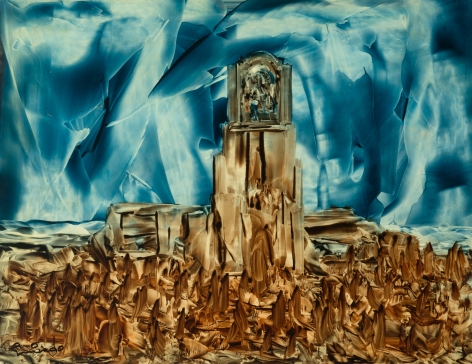 Juan Antonio Guirado’s work conveys the sorrow, longing and hope, universally found in the human condition. His paintings blend surrealism with prophetic visions of our world. Guirado is a painter of tantric and Jvedantic nuances. A tantra, as it is well known, is a Hindu-Buddhist creation whose final reality is the Divine Mother or Feminine Power. This explains why in many of his paintings we can observe his critique of the constant chaos that is human injustice. The evidence of our environmental impact, drought, famine, malice, an exodus of the masses to unknown places, are all reflections of our reality. They are like pages in the book of our lives that try to warn us about the disaster that draws closer

Juan Antonio Guirado Espinosa, of Spanish and Australian nationality was born on the 22nd of August in Jaen, Spain. Raised in his hometown, one of seven children; he commenced his art training at the young age of 10. He attended the Jose Nogue School of Art, formerly known as the School of Arts and Crafts of Jaen, where he studied creative drawing. Whilst living and working as an apprentice to muralist Joaquin Segarra in 1946, Juan Antonio Guirado attended the renowned San Fernando Royal Academy of Arts, where he studied portraiture with the Sevillian master, Baldomero Romero Ressendi.

At the age of 18, he trained to be a bullfighter in Madrid. Although he never pursued this career further, this Andalusian tradition, the bull and the 'matador' in particular, became the subjects of some of his early artworks. Two years later he traveled to Italy and Paris in order to study the works of the Masters of the Renaissance and the French Impressionists, furthering his pictorial and artistic skills.

In the mid-1950s, while Juan Antonio Guirado was sketching the Cuchilleros Arch in Madrid, he met an American couple, who were so impressed by his work, they purchased several of his paintings. This eventful meeting led to his first breakthrough exhibition at the Soler Gallery in The Fontainebleau Hotel, Miami Beach, opening new borders for the young artist on an international level. With a newfound artistic confidence and due to the growing social and political unrest in Spain which constrained free artistic expression, Guirado made the bold decision to migrate to Australia in 1959, a trip he believed would help him find his path and inner calling as an artist.

Guirado soon discovered the Vedanta philosophy that stipulates unity in everything. inspired by this discovery, and as if it were a command, painted it, thus initiating his specific kind of painting that is full of spirituality and metaphysical reality - “Intrarealism.” With his intrarealist paintings, Guirado gives power to ‘intravision’ or the vision of the self. By contemplating these magnificent paintings, one develops, even without noticing, a reflection of the self, which represents the meaning of consciousness.

“ My father was a painter influenced by Eastern philosophy whose work tries to reflect the anger, hunger, and desperation in mankind. His visionary work seems to align with the prophecies of 2012. He was mainly concerned with the end of a cycle in the history of civilization. Like most essentialists, his painting was subjected to a radical purification and he succeeded in crossing the frontier between realism and visionary realism. Much of his work revolved around a tunnel of white light, of immaculate purity and infinite length, with rows of people heading towards that final mystery. It is the tantra that inspired him to be honest with himself whilst relating to the past and present to forecast the future. It is for this reason that his work contains the mysteries and doubts that all human beings carry inside them. In summary, my father was a fusion of both the Renaissance and the Surrealist world.- Catalina Guirado, 2011.

Guirado's initial experiences in Australia led him to discover Oriental mysticism. Through this discovery, he delved into the Vedanta, one of the six orthodox systems of Indian philosophy, which greatly inspired his signature style. His work in Spain had been traditional in the form of portraits and landscapes, but it was in Australia that his work evolved quite radically from realism, impressionism, and expressionism to surrealism, abstraction, and a style later to be referred to as Intrarealism. The spirituality that he finds here comes from the “closeness to the earth which in his view is still so much part of the country and people. It also forms the basis of his visions which are depicted in the paintings that define his unique style and his chosen vessel of expression with which he conveys his vivid and almost prophetic depictions of what he perceives as our inevitable future to come.