Join ArtTable Florida for a panel discussion at Spanierman Modern in Miami.

"Time and Context,” in conjunction with the exhibition, An Experience of Color at Spanierman Modern, will explore the connections between the practices of Modernist artists Herbert Gentry, Norman Lewis, Sam Middleton & Bob Thompson and that of contemporary artists Kwesi Abbensetts, Morel Doucet and Frank Bowling. Panelists, Art Advisor & author of Collecting African American Art: Works on Paper & Canvas Halima Taha, exhibition curator Niama Safia Sandy and Rosie Gordon-Wallace of Diaspora Vibe Cultural Arts Incubator will situate the artists’s work in relationship to the specific cultural and physical contexts of their lifetime and how much or how little has changed from the height of Modern expression to the present moment. Sam middleton tried to -and succeded in- painting sound. He thought that music was so fantastic that it “ought to be in color”. 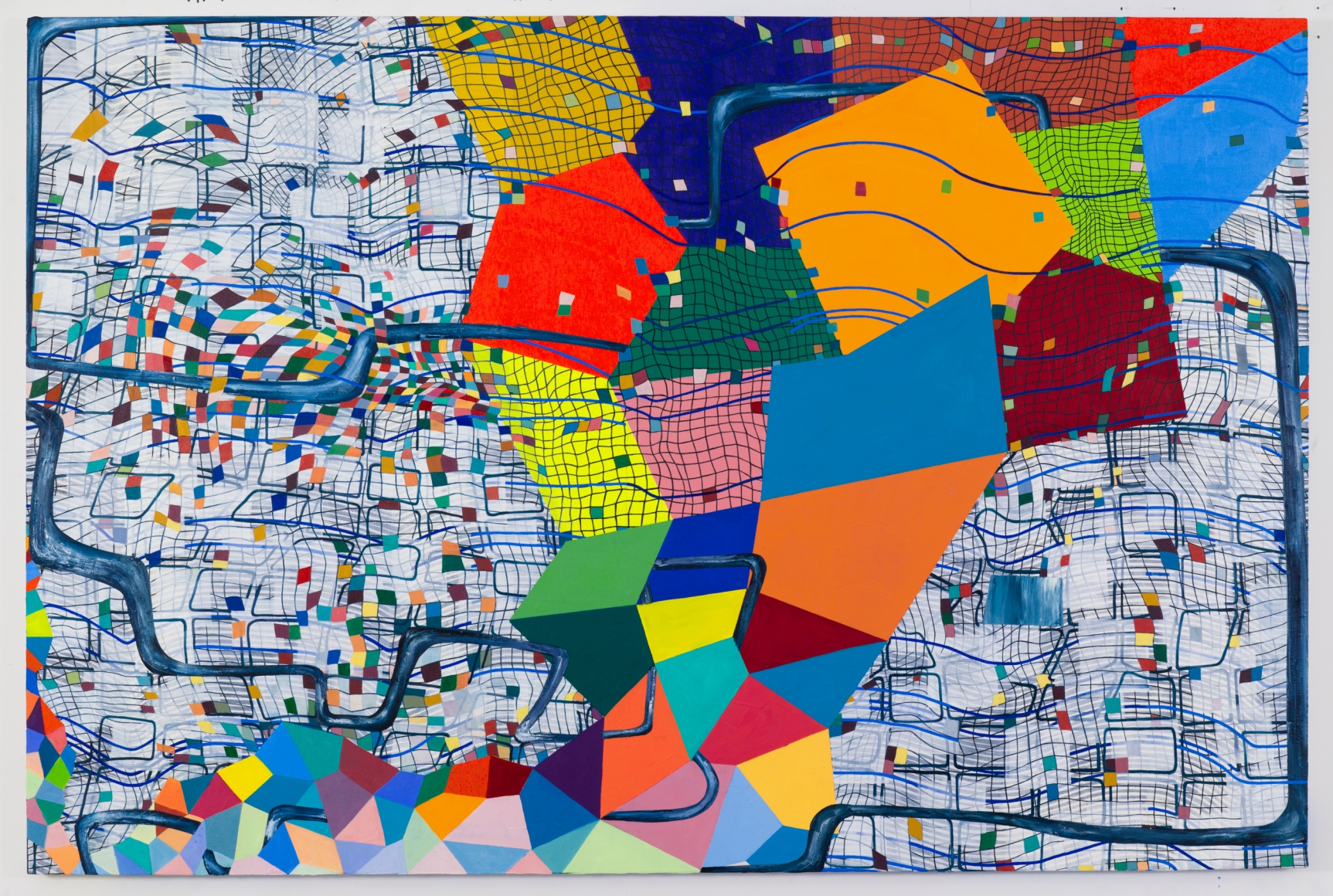 To be a woman, and to be a woman of color, is to be constantly negotiating one’s own sense of identity with the preconceived notions people carry with them of the world we must inhabit and the people we must be. Rarely is there space to recognize the complexity of individuals or the fluidity of American culture beyond an arbitrary list of cultural stereotypes.

New York-based artist Lisa Corinne Davis, who will be opening the Spanierman Modern’s new Midtown Miami space with her exhibition ‘Capricious Calculations’ on October 19th, mixes suggestions of representations and abstract painting to force the viewer to recognize their relationship to form through personal experience, while examining the way it affects their ability to interpret images.

The viewer must make a decision: receive the information as it is presented, or interpret it through their own personal lens. Choose the latter and the viewer must also recognize that any interpretation lacks objectivity but rather embraces fluid, non-static definitions.

Born and raised in Baltimore, much of Davis’ early life pushed her into spaces where she felt like the ‘other.’ Her mother, a law school graduate with a Ph.D. in education, saw education as an opportunity to transcend their economic situation so she sent her children to a private Quaker school on the outskirts of the city.

“That certainly framed who I am in many ways. A sense of urgency to education. A sense of being the other. Despite being popular and having many friends, there were issues of how to identify for me. Subtle notions of racism,” Davis explains. “We lived initially in a black neighborhood and then we moved to an orthodox Jewish neighborhood. Then commuting to this bucolic private school campus. My classmates were predominantly white, 40 percent Jewish, all professionals. All politically liberal. There were one or two other African Americans, and in many cases, they were on scholarship.”

That sense of otherness fueled her artistic pursuits from a young age. Early on in elementary school, she discovered a natural understanding of perspective and made a painting—which she still shows today—that garnered a great deal of attention. Creating a world of her own and being able to control the image became a powerful tool. “I think it’s common for people who feel other to want to find a place to have a voice and a place where they do something that no one else can do,” she says.

As she graduated high school and enrolled as an undergraduate at the Pratt Institute in the late 1970s, she began to understand the complexity of race, culture and history—which has come to define the running themes of her work.

“In college, people would say ‘what are you?’ And I would think, ‘Why do you need that questioned answered?’ I am an individual. I can say that I am black but what more do you need to know. And I realized it gave them no information and would only set up a series of stereotypes that didn’t belong to me.”

Davis recalls a moment with a young Dominican nanny that demonstrated that even she wasn’t immune to preconceptions.

“She asked me if I wanted her to cook a meal for us so I asked her to make something Dominican,” Davis recalls, “I came home and she had cooked a tuna noodle casserole which I find so American. Her experience in the Bronx had fused with quintessential white culture and that was cooked in her home. My assumption and her experience didn’t fit.”

The works on display at Spanierman Modern thrusts this dichotomy into center stage, playing with the existence of two artistic languages that Davis theorizes co-habitat: what we accept as fact, and what we interpret as fiction.

Through Davis’ use of color, form and line as well as her use of the written word with titles like ‘Analytical Anarchism’ or ‘Congruous Fantasy,’ her works engage through disparate forms and references. She never sketches or draws the work before she begins painting; instead, Davis allows each painting to grow organically, loading the works with gestures that evoke feeling, while others are more grid-like or geometric. Paint poured on a canvas is interpreted as an emotional tenor, something human and tangible, whereas a line or shape that has been taped off is often interpreted as factual. In Davis’ works, the two forms exist side-by-side to jar its viewer into discomfort. “The parts are moving and you want them to sit still, but you can’t do that,” says Davis, revealing the metaphor behind their intended outcome.

The artist notes that her work isn’t intended to be political, but instead draws focus to how people process universal symbols, like certain colors or shapes. “Something has to make them change their minds. I want to shift the position. I’m trying to make things complicated.”

Gallerist Gavin Spanierman considers the themes in Davis’ work to be universal, while also being “particularly fresh and unique.” For the gallery's first show in Miami, Spanierman wanted to showcase an artist who exemplifies the new Miami location's tenor. "Miami is a city that dances between class inequality while purportedly being one of the most racially diverse cities in the United States," says Spanierman. "In working with [Lisa] on this show, I am showcasing my commitment to exploring Miami's rich idiosyncrasy, which will include both local and international artists among its roster."

Lisa Corinne Davis: Capricious Calculations will run from October 19 to November 13. The artist will be in Miami for one-night only to inaugurate the show.